Like all addictive substances, alcohol affects people differently. Some are nearly immune to its power. They can raise a glass, take a sip, and move on without a care in the world. Others can’t escape its influence. They face a lifelong battle to control their cravings. As time goes by, they require more drinks to satisfy their body’s growing tolerance. The alcohol takes over, and the fight for sobriety begins.

Fortunately, dependence need not have the last word. Every year, countless people recognize the seriousness of the situation and seek alcohol addiction treatment. Instead of watching the disease slowly undermine their physical and mental health, they reach out to an alcohol rehab center that knows how to provide comprehensive care and long-term support.

Treatment & Recovery Should Be Safe,
Affordable, and Effective 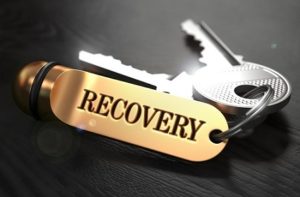 Yellowstone Recovery is committed to helping people wean themselves off alcohol. Whether you’re just starting your journey to sobriety or you’re continuing down the path to health and wellness, we provide a supportive environment in which you can regain your independence.

We encourage you to reach out to us and tell us your story. Call us or send us a message to learn more about how our affordable alcohol treatment programs can help you or your loved one overcome alcohol problems.

There Is Hope for People Who Struggle with Alcohol Use Disorder

Some drinkers shrug off their addiction—they believe the long-term consequences will never catch up to them. Others are overwhelmed by a sense of shame and fear. The prognosis is neither as rosy nor as bleak as many believe. Addiction can be dangerous but, if experience has taught us anything, recovery is possible. Alcohol use disorders can be conquered with the right treatment.

In fact, approximately one-third of people recover from their illness and display no symptoms after one year. Many others can manage the condition and get their alcohol-related problems under control. Effective recovery starts with alcohol detox, which helps people overcome the dangerous effects of withdrawal. Once the initial step is complete, treatment options include everything from group counseling to one-on-one behavior modification therapy.

Alcohol Use Disorder (AUD) receives relatively little media attention, yet it remains one of the most common and most devastating substance abuse disorders in the world. According to the National Institute on Alcohol Abuse and Alcoholism, roughly 6 percent of adults in the U.S. suffer from AUD. That means over 15 million people in this country alone are burdened with the devastating effects of alcohol-related illnesses.

Unfortunately, society often turns a blind eye to alcohol dependency. Alcohol is not only legal; it’s socially acceptable. All over the world, people end their workdays with a beer or a glass of wine, yet few stop to consider its addictive potential.

Indeed, far too many casual drinkers blame the victims of alcohol instead of helping them create a positive environment. Their ability to drink in moderation blinds them to the struggles of others. They can’t understand why so many millions are unable to stop after one or two drinks. Such a lack of empathy only increases the sense of shame and isolation in people who suffer from alcohol disorders.

Many Factors Lead to Alcohol Use Disorder

No one can say with certainty what “causes” addiction. So many factors contribute to the disease, making it hard to isolate any one cause. Scientists and physicians know that genetics play a role, as do environmental factors such as family, friends, and social influences. Indeed, health professionals have long known that a family history of alcoholism is a key risk factor.

A person’s emotional and mental health also increases the likelihood of developing an alcohol-related problem. Research has consistently shown that those who suffer from other mental conditions such as depression, anxiety, or bipolar disorder have a higher rate of alcohol use. All too often, victims choose to self-medicate rather than seek professional help.

Symptoms Can Vary Depending on the Severity of the Case

Alcohol disorders range in severity from mild to severe. Some people can lead a fully functional life in spite of their condition. They go to work every day, manage their personal affairs, and care for their families. Few around them can see through the mask, where feelings of helplessness and shame go unnoticed, silently eroding their self-esteem. Others struggle to keep up a normal life. They frequently lose jobs, abandon relationships, and ignore basic daily tasks. They may even fail to maintain basic hygiene.

How can you tell whether someone has a potentially serious problem? The National Institute on Alcohol Abuse and Alcoholism uses an 11-point assessment to determine whether someone suffers from AUD. A series of questions helps people gauge their ability to control their drinking. Typically, doctors advise people to seek help from an alcohol addiction treatment center if they display two or more of the following behavior patterns:

Withdrawal Should Be Handled with Extreme Care

Withdrawal symptoms constitute some of the most serious side effects of AUD. They indicate that a person has developed a tolerance to alcohol and needs help overcoming his or her dependence. Symptoms may include:

In severe cases, withdrawal can lead to hallucinations, seizures, and even death. In general, the more serious the condition, the harder it is to safely quit. That’s why it’s crucial to speak with a professional rehab center before ceasing alcohol use.

An alcohol problem can be obvious to friends and family or it can hide under a thin veneer of sociability. “They just love a good drink,” people say with a laugh while ignoring the signs of trouble.

Alcohol disorders can even catch the drinker off guard. In far too many cases, dependency develops gradually, sneaking up on unsuspecting people before they’re fully cognizant of the fact. They believe they’re simply having a good time, relaxing at the end of a long, hard day. By the time someone realizes they have a problem, it’s too late to prevent addiction.