How Does Alcohol Affect the Brain? | Yellowstone Recovery

How Alcohol Affects the Brain: Short and Long Term

Alcohol is used by millions of people every day, with almost a third of America’s population meeting the criteria of an alcohol use disorder at some point in their lives. Despite this, the general population knows very little about how alcohol affects your brain or how alcohol changes the brain long term.

This lack of understanding can lead to many unwanted consequences, including regular binge drinking or alcohol addiction.

How Does Alcohol Work?

Alcohol is a central nervous system depressant, which means it causes normal brain activity and functioning to slow down.

The primary parts of the brain directly affected by alcohol include the following:

Alcohol enters the bloodstream from your stomach and is circulated throughout the body. As this happens, it alters the chemistry of your brain by affecting the neurotransmitters that send signals throughout your body, control the central nervous system, and regulate thought processes, emotional responses, and general behavior.

There are two basic types of neurotransmitters in the brain: inhibitory and excitatory.

This is what leads to the numerous physical and psychological effects of alcohol, which are described below.

How Alcohol Affects Your Body

As a result of increasing the release of inhibitory neurotransmitters, alcohol doesn’t only affect your brain, but your body too.

Some of the physical effects of alcohol include:

The majority of these short-term physical effects are a direct result of how drinking alcohol affects the brain.

How Can Alcohol Affect Your Brain?

How alcohol affects the brain and central nervous system varies from person to person and may change according to how long they’ve been consuming alcohol.

Short-Term Effects of Alcohol on the Brain

Even if you only drink once every now and then, excessive alcohol consumption can cause immediate effects on your brain.

Some people become “happy drunks” once they’ve consumed alcohol. They become exuberant and expressive, telling you how much they love you, or constantly giving you hugs.

Others are “sad drunks” who feel depressed or start crying once they’ve drunk enough alcohol.

And then there are the “angry drunks” who become upset, angry, or aggressive over insignificant or small things. These individuals are the ones who most typically get into fights.

Even though these three drunk personality traits are commonly recognized, people don’t always realize that alcohol has a profound effect on your brain activity, which is why these traits emerge in the first place.

Some of the most common short-term effects of alcohol on your brain are as a result of the release of inhibitory neurotransmitters that cause the following noticeable symptoms:

You may have noticed one of your friends or family members experiencing these effects or have experienced them yourself firsthand. They usually go away once the person becomes sober again. However, just because the short-term effects dissipate doesn’t mean alcohol doesn’t cause any long-term effects on your brain and mental health.

Long-Term Effects of Alcohol on the Brain

Heavy drinking for a long period of time can affect your brain and body in various ways. Some of the ways of how alcohol affects the brain long term include:

However, the greatest risk of long-term alcohol consumption is developing an alcohol use disorder, which not only makes stopping drinking incredibly challenging but can increase your health risks associated with drinking alcohol.

Drinking a lot of alcohol in a short period of time or regularly drinking alcohol for an extensive period of time can both result in an increased risk of certain health issues and conditions.

The two most common health risks associated with what drinking does to your brain include:

Besides these risks, drinking alcohol can also cause a range of other issues, including: 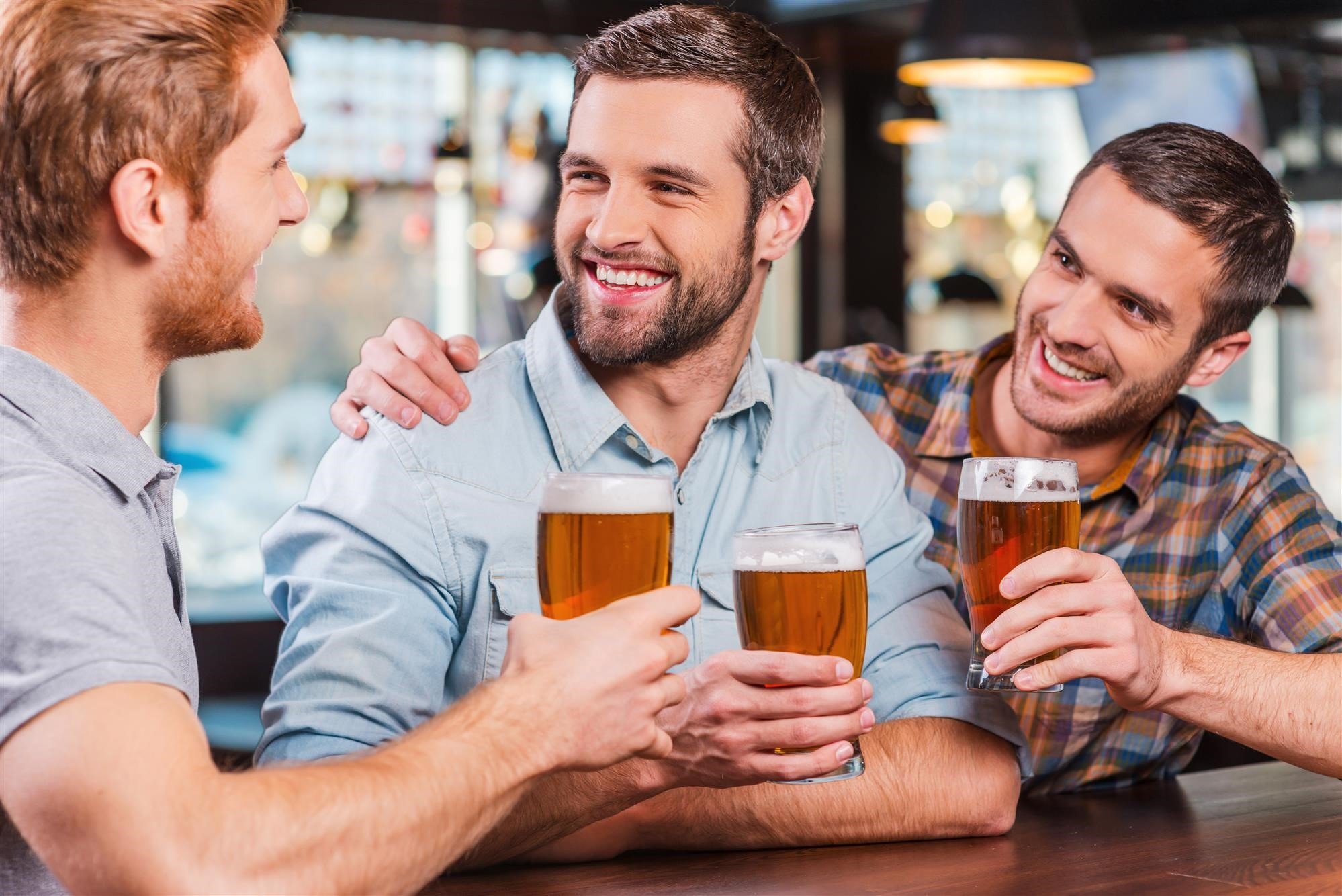 How Does Beer Affect the Brain?

Beer contains alcohol, so it will affect your brain in the same way as discussed above. However, most beers tend to have lower alcohol concentrations than other alcoholic drinks, which means you’d have to drink larger volumes of beer to get the same effect as liquor or wine.

When to Get Help

In addition to the inhibitory effects of alcohol, consuming it has a secondary effect too. It causes an increase in the concentration of dopamine in your body.

Dopamine makes you feel relaxed and happy, which is why “happy drunks” exist. However, there’s only so much dopamine your brain can release before its stores are depleted, which means, no matter how many drinks a day you consume, eventually, the happy, carefree feeling will fade into more depressive effects.

People who are chronic alcohol users eventually become dependent on the substance to get them through their day, which may lead to an alcohol use disorder (AUD).

Signs that someone may have an AUD include:

Once people get to this point in their drinking habit, they have developed an alcohol addiction. If you or a loved one finds it difficult to stop drinking or is exhibiting any of the signs above, it’s important to get professional help before any further damage is done. Alcohol addictions are not only dangerous to your own health but can affect and destroy your relationships and family circle.

So, if you or someone you care about is struggling with alcoholism, contact Yellowstone Recovery at (888) 418-4188 for help and to learn more about affordable treatment options like detoxification, residential, and outpatient programs.