Wrapping Our Minds Around the Heroin Epidemic Sweeping the Nation

A heroin epidemic is sweeping the nation, and authorities are struggling to keep up. All across the country, a rash of overdoses has left a trail of destruction in its wake—devastated families; ruined lives; communities in tatters. Law enforcement officials, healthcare professionals, and concerned citizens are working hard to combat the problem.

At the top of their agenda is the need to reduce the drug supply while improving access to affordable drug treatment centers. No one knows whether they will be able put a dent in the death rate. Nevertheless, their efforts offer hope to millions who suffer from drug addiction and millions more who stand hopelessly by as their loved ones succumb to the disease.

Nationally, deaths caused by the use of opioids such as oxycodone, hydrocodone, fentanyl, and heroin hovered at around 25,000 in 2014, a huge increase over previous years. By 2015, the figure had raced past the 30,000 mark, increasing by 4,000 in the course of a single year. The total overdose death rate, which includes non-opioids as well as opioids, was almost double that, surpassing 47,000 in 2014 alone.1

Much of that staggering growth could be attributed to the rise of heroin. Between 2010 and 2014, heroin-related fatalities had more than tripled. In the one year between 2014 and 2015, the number of people who died as a result of the powerful street drug rose by 2,000. That means heroin accounted for half of the total increase in opioid overdose deaths. For the first time in the nation’s history, heroin overdoses led to more deaths than gun homicides.2 It became clear to anyone who was watching that the country had a problem on its hands.

Even more disturbing is the fact that the reality is probably far worse than the statistics. If you consider how many lives have been saved by the powerful overdose reversal agent naloxone, the final death toll becomes truly disheartening.3

As we enter 2017, the epidemic doesn’t seem to be going away anytime soon. Indeed, the extent of the problem continues to trouble observers. Since drug abuse often gets passed down through the generations, much like a genetic disease, many worry that heroin is tearing at the seams of America’s social fabric.

A Plague on All Our Communities

The Pennsylvania town of Wilkes-Barre, situated near Scranton, is a microcosm of the nation. Like so many communities throughout the United States, it’s facing a deadly new scourge: heroin abuse. This moderately-sized county of 318,000 people saw 137 overdose deaths in 2016 alone. To put that in perspective, the local coroner can still remember a time when the average year would bring in maybe 12 victims.

Wilkes-Barre is part of a national trend which makes this particular wave of heroin abuse different from others; namely, that smaller, poorer districts seem to be bearing brunt of the affliction.

Indeed, once a largely urban phenomenon, heroin abuse seems to be seeping into the nation’s rural and suburban neighborhoods. New York City, for example, tallied four times fewer heroin-related deaths than the humble county of Wilkes-Barre. Between 2003 and 2014, nearly every county in the United States had seen its overdose statistics spike.

For the entire country, but particularly for smaller and more economically disadvantaged areas like Wilkes-Barre, the past three years have been one long series of trials and tribulations. To make matters worse, the drug abuse outbreak brings with it a host of other problems, from rising crime rates to orphaned children and drug-addicted infants.

The attempt to reformulate prescription drugs to make them harder to abuse has led directly to the rise in heroin overdoses, says a 2017 working paper prepared by researchers at the RAND Corporation and the University of Pennsylvania’s Wharton School. Specifically, the paper points to the 2010 overhaul of OxyContin, a powerful narcotic pain reliever, as the primary cause of the heroin pandemic.

The reason? As users found it harder to get their fix with prescription medications, they instead found their way to street drugs like heroin. It started, experts say, when Purdue Pharma, the producer of OxyContin, made the drug harder to crush and dissolve (and, therefore, harder to snort, inject, or chew). The FDA even created a special “abuse-deterrent” designation for drugs that had undergone such a rigorous revision. Then the strategy backfired.

OxyContin users switched to other, easier-to-use narcotics. Although it may seem somewhat obvious now, no one could have foreseen the unintended consequences of the prescription drug crackdown.

The Rise of King Heroin

After all, deaths from prescription pill overdoses had been increasing for nearly ten years when the government and pharmaceutical giants stepped in to fix the crisis. Many experts still blame the widespread availability of prescription painkillers around the turn of the century for the precipitous rise in cases of opioid dependency and death. Unfortunately, it seems the attempt to handle one drug abuse problem merely led to the rise of another. 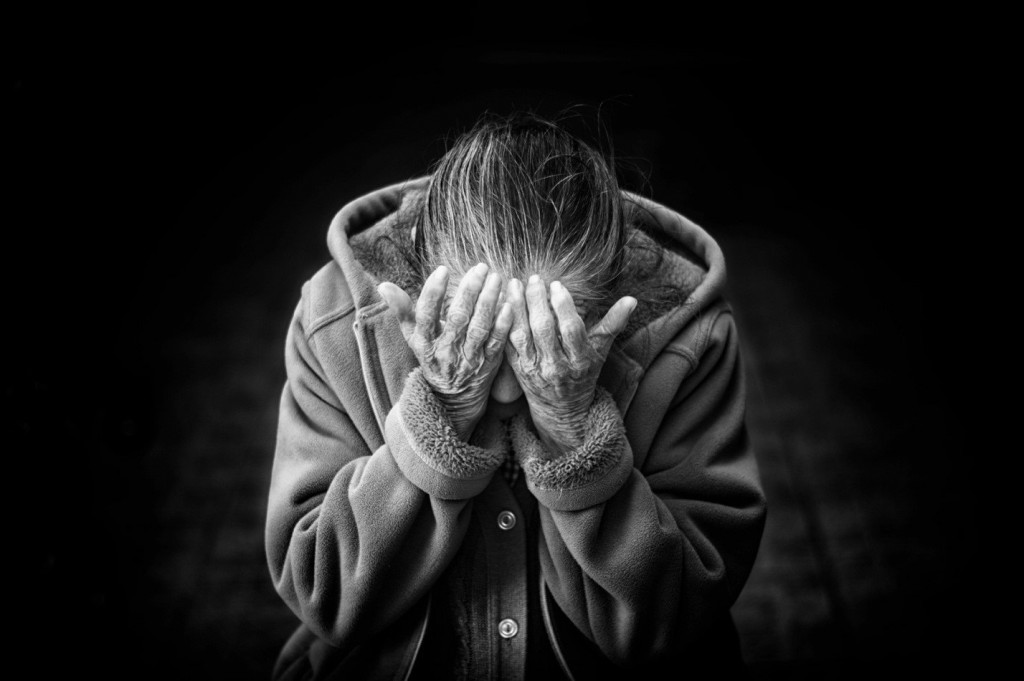 These days, more people die of heroin overdoses than from most other pain medications combined, and the authors of the 2017 working paper argue that the OxyContin alterations were responsible for at least 80 percent of the upswing in mortality rates since 2010. According to the report, every time the OxyContin abuse rate decreases, heroin-related deaths increase threefold. It doesn’t help that many dealers and suppliers are cutting heroin with the powerful prescription painkiller fentanyl. The resulting cocktail is highly addictive and highly deadly.

There is at least one other culprit behind the overdose epidemic: the obstacles the average person faces in receiving adequate medical care for their addiction problems, particularly in out-of-the-way rural areas that have limited access to affordable treatment centers.

Michael Botticelli, the Director of National Drug Control Policy, told The Washington Post that the overdose problem has remained unchecked “in large part because too many people still do not get effective substance use disorder treatment.”

Timothy R. Rourke, chairman of the Governor’s Commission on Alcohol and Drug Abuse in the state of New Hampshire, agrees. According to him, New Hampshire’s own struggle with heroin abuse stems from its lack of drug treatment facilities. He makes a compelling point. The state is second to last in the country when it comes to providing access to treatment programs (Texas is currently dead last). 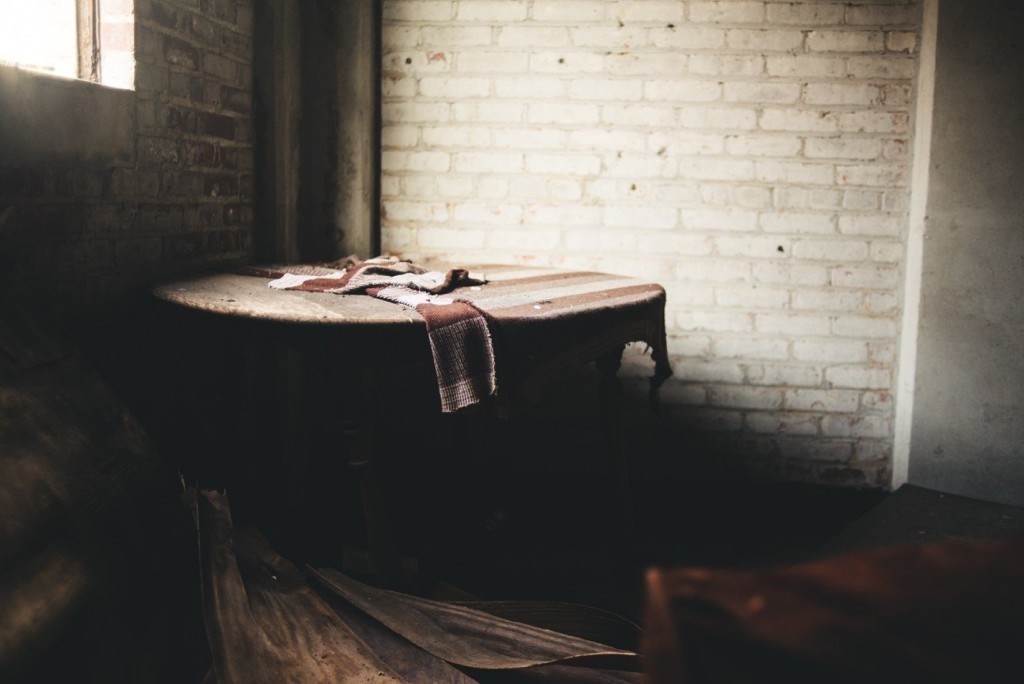 States like West Virginia, which have been hit particularly hard, also face a lack of treatment options. As Dr. Carl R. Sullivan III, director of addiction services at the West Virginia University School of Medicine, told The New York Times in January of 2016, the “chances of getting treatment in West Virginia is ridiculously small.”

Since this particular epidemic affects poorer areas like Appalachia more than wealthier cities, the lack of low-cost drug rehab facilities has been especially devastating for many Americans.

Affordable Drug Treatment Must Be a Top Priority

Given all the available information, it’s clear that improving access to treatment is a top priority. If the working paper on the OxyContin reformulation is any indication, there is a limit to the effectiveness of policies that seek to reduce the drug supply. Without going to the root of the problem by treating the disease of addiction, “supply-side” strategies on their own may continue to prove insufficient.

David Powell, one of the co-authors of the 2017 working paper, argues that a stronger emphasis on treatment centers and prevention programs is the key to reducing demand for such dangerous street drugs as heroin. In the end, there may only be one way to turn the corner on this epidemic that is laying waste to much of the country: ensuring that as many Americans as possible have access to affordable drug treatment centers.

Yellowstone Recovery is committed to providing affordable drug rehab treatment to residents in southern California. We recognize the difficulties people face when attempting to overcoming addictions to powerful opioids like heroin. We also recognize the stakes, for each individual, for each community, and for the nation as a whole.

In order to do our part to turn the tide against the ruinous heroin epidemic, we offer affordable residential drug rehabilitation in Orange County, CA.