Heroin Addiction: What You Need to Know | Yellowstone Recovery

Heroin has plagued communities for over a century, but never more so than in recent decades. At Yellowstone Recovery, we’ve seen the numbers of people seeking help for heroin addiction rise precipitously. Our goal is to make heroin treatment accessible to as many people as possible. By offering affordable yet effective treatment, we do our part to help men and women in southern California beat the disease of addiction and reestablish their lives on a firmer, healthier footing.

On the Other Side of Addiction Lies the Hope of Recovery 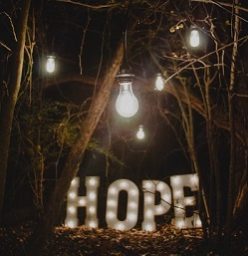 People who have developed an addiction to heroin often despair of the future. Overwhelmed by feelings of shame and regret, not to mention physical and emotional pain, they make a simple calculation: It’s easier to chase a momentary pleasure than to face the suffering.

Throw in the pain of withdrawal, and sobriety seems like an impossible leap. That’s why recovering heroin users need help. They need emotional support, supervised heroin detox, and professional counseling. They need the kind of safe environment provided by a dedicated treatment center.

At Yellowstone Recovery, we help people conquer their addiction to heroin and take back control over their lives by providing affordable heroin addiction treatment to individuals in southern California. Our treatment options include detox, methadone treatment, behavioral therapies, and sober living guidance.

If you or someone you love suffers from the disease of addiction, it’s time to break the cycle of despair. It’s time to recover a sense of hope. Get in touch with Yellowstone Recovery to learn more about our affordable rehab options in southern California.

The Connection Between Prescription Opioids and Heroin Use

Some blame the increase in opioid prescriptions for creating an environment that has led to the widespread need for low-cost heroin. According to the National Institute on Drug Abuse, nearly 80 percent of heroin users in the U.S. started with prescription medications before moving on to street drugs.

The connection between painkiller use and heroin use is one theory among many, but it is based on scientific evidence. Heroin is an opioid derived from morphine, which comes from the seed pods of poppy plants. That puts it in the same class as many prescription pain pills. Both drugs target the same receptors in the brain—receptors that govern pain, pleasure, and even basic functions like sleeping and breathing. That makes it easy for someone who has developed dependency issues to switch between one form of opioid and another.

There Are Many Paths that Lead to Addiction 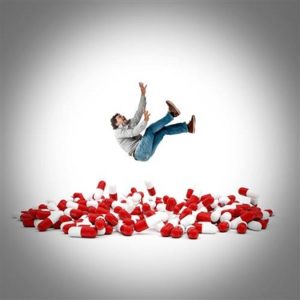 There is no one path that leads to heroin addiction. Every individual has a unique story—a series of events and struggles that contributed to their disease. Some people turn to opioids to dull physical pain. They start with a prescription from a doctor. As their body adapts and the costs rise, they begin to self-medicate with cheaper, illegal drugs.

Others obtain opioids illegally, through friends, family, or even dealers. Perhaps they’re struggling with psychological issues—depression, anxiety, feelings of helplessness. Perhaps they simply want to experiment with new highs. Either way, they soon find themselves in a similar position: They need increasingly higher doses in order to get the same high, and that leads them to a cheaper alternative—heroin.

Unfortunately, the risks only increase when people turn to illicit heroin, also called smack, big H, horse, or hell dust. Whereas prescription doses are standardized, heroin doses are unpredictable. Dealers typically sell the drug in the form of a white or brown powder or as a black, tarry substance, and they often cut the pure heroin with other substances that may pose additional health risks. Users who dissolve the drug and then inject it, or snort the powder up their noses, never know exactly what they’re putting into their bodies.

Heroin acts fast. As soon as someone injects the drug into their veins, they feel a powerful rush of euphoria combined with drowsiness and heaviness. The intensity of the high makes heroin one of the most addictive substances on the planet. It only takes one or two hits for the drug to alter the brain. Once the cells in the brain adapt to the presence of the drug, addiction sets in.

At the end of the day, almost a quarter of first-time users go on to develop an addiction problem. In almost all cases, the individual must seek professional heroin addiction treatment in order to free themselves from the disease.

The Short-Term and Long-Term Symptoms of Heroin Use 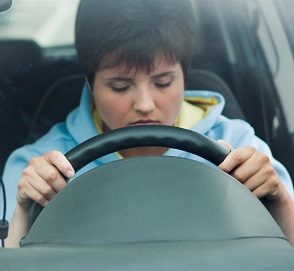 Immediate effects of heroin use include:

A person on heroin may also nod off at certain points, alternating between consciousness and unconsciousness. The most dangerous short-term side effect is shallow breathing, which can easily lead to respiratory failure.

The Long-Term Health Effects Can Be Even More Devastating

The numbers of health complications that can result from prolonged heroin use are staggering. Indeed, heroin use over a long period can lead to serious complications. Some of the more common side effects include:

A heroin user may find themselves facing a number of life-altering and life-threatening conditions, such as:

Understanding the Process of Heroin Withdrawal

It doesn’t take long for the body to get accustomed to heroin. Once it does, it expects the drug at regular intervals. As a result, a user who is deprived of heroin for even a few hours may experience:

In almost all cases, withdrawing is unpleasant—even painful. The post-withdrawal period may be even more critical. After heroin detox, the body loses its tolerance to the drug. That means it can no longer sustain the high doses to which it had grown accustomed. Unfortunately, many users who relapse are unaware that they must lower their dose. Instead, they resume using at or near their previous levels, which can send the body into shock and lead to an overdose.