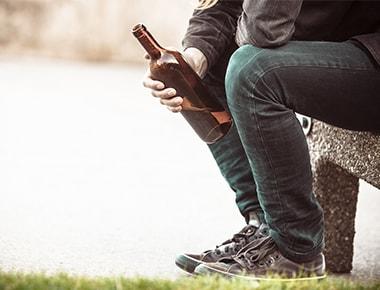 A recent study conducted by Norris Cotton Career Center (NCCC) and the Children’s Hospital at Dartmouth-Hitchcock (CHaD) revealed a correlation between likable alcohol advertisements and underage drinking trends, including binging and initial intake of alcohol. Since the alcohol industry self-regulates their marketing, and claims that their efforts are significant in reducing the impact on underage drinking, it’s time for parents to take stronger measures to prevent their children from increasing their potential to one day seek out affordable drug rehab centers such as Yellowstone Recovery.

Many parents simply assume their children aren’t drinking, yet this study revealed that over 66% of the teen population 2013 had tried alcohol, over 34% had consumed alcohol in the past month, and more than 20% had recently participated in binge drinking. In short, that means that parents with two children can assume that at least one of them has tried drinking.

It’s no secret that many alcohol ad campaigns have demonstrated a glamorous lifestyle on some level. They also use sex appeal and an image of manliness to create an overall image that most teens would aspire to. Couple this with peer pressure, and real life role models who drink, and you have multiplied the chances of a teen taking that first drink. You can participate in lobbying for the alcohol companies to come under closer scrutiny when it comes to their marketing techniques, but those changes aren’t going to happen overnight in any case. That’s why it’s up to parents to give their teens something else to pattern their lives after.

Rather than wait until you have to seek out Orange County drug rehab centers to do something about your teens’ behaviors, why not address the issue now? Offer your teens a role model that doesn’t make alcohol a priority.

Though you want to monitor your teen and share healthy options, it’s also important to demonstrate an approachable affect and to trust in your teen. Let your teens know you are there when they need to talk, but give them space to grow on their own, and increasing amounts of trust, so they can demonstrate to you that they are making wise choices. For more information on teen drinking, and parenting tips when it comes to drugs and alcohol, contact Yellowstone Recovery today.