Marijuana is natural, people say. Organic. Safe. According to popular myth, no one need fear the long-term effects of repeated use. The mere existence of medical marijuana often validates most people’s beliefs that it can do no harm.

That misperception and the belief that marijuana drug addiction is impossible have contributed to making marijuana the most widely used drug in the country.

Marijuana goes by many names, including:

Whatever the name, references to marijuana as a drug usually involve the dried leaves, stems, seeds, or flowers of a plant called Cannabis sativa.

THC and CBD can both be isolated and made into oils, which are administered for a range of different reasons.

If marijuana is smoked, both CBD and THC will be present. If CBD is isolated, it is usually administered as droplets or in beverages. On the other hand, THC oil or paste is what is commonly used in edibles, dabbing, and other forms of marijuana consumption.

CBD is widely available as it is not very addictive nor does it cause a high. THC is the compound mainly responsible for marijuana’s addictive properties and serious effects on health.

It’s true that marijuana does not have the same instant effect on the body as alcohol or heroin, yet users all over the world find themselves in thrall to the drug’s calming and euphoric effects.

They live from high to high, constantly wondering when and where they will score next.
Regular users may also develop a tolerance to the drug, which forces them to increase the amount they use and the frequency with which they take it.

Although researchers are still exploring how long-term marijuana use affects the brain and body, they do know that it’s possible for people to become fixated on the experience and to neglect their responsibilities and relationships in their constant search for a new high.

They also recognize the potential for marijuana users to become dependent on the drug and even to develop an addiction problem, which arises when they can no longer quit despite the adverse effect on their lives.

According to the National Institute on Drug Abuse, initial studies reveal that up to 9 percent of marijuana users will one day become dependent on the drug. That number jumps to 17 percent if someone starts using during adolescence.

This dependence on marijuana despite its effects on their mental or physical health is called cannabis use disorder, and it can cause many of the same processes as regular drug addiction.

Besides physical or psychological dependence, cannabis use disorder can also cause behavioral changes and withdrawal symptoms when an individual’s access to the drug is restricted.

Marijuana Affects Both Body and Mind

Like most drugs, marijuana has both a mental and physical dimension.

The fastest effect typically occurs after smoking marijuana, during which THC is very quickly absorbed into the bloodstream, transported to the brain, and allowed to act on the brain’s cannabinoid receptors.

The cannabinoid receptors on your brain can be activated by other chemicals in your body, too, but in the case of marijuana consumption, THC acts on these receptors in a way that causes you to feel high.

If THC is consumed in tea, edibles, or other food or drinks, it typically takes longer for it to be absorbed into the bloodstream and, therefore, longer to take effect.

Marijuana does not impact the body in the same way as hard drugs, but it can lead to the following physical symptoms:

More noticeably, marijuana alters a user’s mood and cognitive abilities, producing the famous “stoned” effect that can manifest in the following ways:

Occasional users typically find that the symptoms disappear as soon as the drug wears off. Heavy users or those that use marijuana frequently may notice that the effects linger long after their last hit.

The Health Complications May Be More Serious Than You Think

Marijuana may be relatively mild, as far as illicit drugs go, but that doesn’t mean it carries no risk of complications. Despite its availability for medical treatment or its increasingly widespread legalization, marijuana can have several negative effects on an individual’s health.

People who smoke marijuana over long periods of time may develop:

Can you get addicted to weed? It’s a question not many people ask, especially those who believe the drug is more beneficial than harmful to the human body.

However, marijuana addiction is a very real problem, and it can cause serious adverse effects on an individual’s health, mental wellbeing, and their ability to function normally, keep up with their careers or studies, and maintain healthy relationships.

What Is Marijuana Addiction?

In most cases, it can’t even be classified as a standard drug withdrawal and is often referred to as the “coming off period.” Symptoms usually start within a week after the last dose, although this can vary greatly depending on how often and how much the individual typically used.

Cessation can give rise to both physical and mental discomfort. Many people who have stopped smoking report:

Withdrawal symptoms can last for up to two weeks. Typically, they peak during the first week and then slowly trail off. Unfortunately, many people would rather continue using than face the disruptive effects of withdrawal. 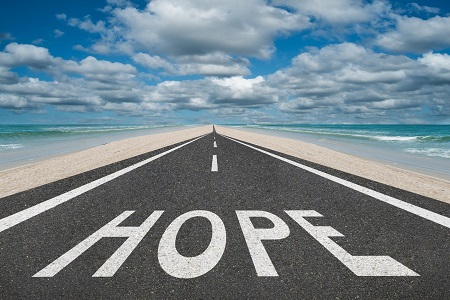 Since marijuana is seen as a generally safe, non-addictive drug, relatively few people know that there is such a thing as marijuana rehab or treatment center, or that they can reach out for help if they have trouble quitting on their own.

The culture surrounding marijuana only makes it more difficult for users to seek help. Some who could benefit from a stay at a treatment facility may fear the judgment of friends or underestimate the power that marijuana has over their lives. Either way, it’s important that users know that dependency is real and recovery is possible.

That’s why letting people who use marijuana know that they have a range of options for weed recovery—and getting through withdrawal more comfortably—could help them find the determination to actually reach out for professional help.

As with most other drug addiction treatments, getting help for marijuana use disorder typically works in stages.

Marijuana addiction treatment typically starts with a drying out period. This is known as a detox and involves stopping the use of cannabis entirely, either cold turkey or over a period of time as marijuana use is tapered down gradually.

Detox is typically the period during which withdrawal occurs, and by participating in a detox program led by a treatment center, individuals will have access to around-the-clock supervision and care to make the process less uncomfortable.

Since marijuana addiction is not as debilitating as other drugs, once an individual has completed a detox and is completely off of cannabis, they can move on to a range of long-term treatment plans.

If marijuana was used alongside other drugs or the individual has a co-occurring mental illness, residential treatment, where participants live onsite, may be better suited.

However, if the individual seems confident and focused, and has a supportive home environment, outpatient treatment is an excellent alternative that allows participants to maintain their independence while addressing the causes and psychological processes that may have contributed to marijuana abuse and eventual addiction.

Marijuana Rehab & Addiction Treatment Near Me

At Yellowstone Recovery, we offer marijuana detox, followed by intensive behavioral therapies that have proven their effectiveness.

These behavioral therapies address not only the addiction, but factors that could have encouraged or caused it without the individual’s knowledge.

Once treatment is completed, we also provide continued sober living support, so clients can transition to sobriety gradually.

Want more information about our treatment programs and how we can help you or your loved ones overcome addiction? Read through a few of our testimonials to discover how we’ve guided thousands of clients on the road to lifelong recovery and sobriety.