What Are Dabs & Dabbing | Yellowstone Recovery

What Are Dabs and What Is Dabbing?

Home > Addictions We Treat > Marijuana Addiction > What Are Dabs and What Is Dabbing?

With the legalization of cannabis for medical and recreational use in many states, there are more ways to ingest greater amounts of THC than ever before. When marijuana is chemically concentrated into shatter, wax, hash oil, and similar other forms, these products are collectively called “dabs” and are consumed by “smoking dabs” or “dabbing.”

The use of marijuana concentrates may not be new, but dabs are currently exploding in popularity—especially among teens and young adults.¹ So, what are dabs, how are they used, and what are the dangers of producing and ingesting highly concentrated marijuana dabs?

What Are Dabs Made Of?

Dabs come in many forms, but almost all are produced using butane oil to concentrate the active ingredients of the marijuana plant. This creates a product called butane hash oil or BHO. Dabs contain THC concentrations up to 80%, compared to an average of 10–15% in cannabis flower buds.1 This makes dab weed far more potent and potentially habit-forming than marijuana in its natural form.

How Are Dabs Related to Marijuana? 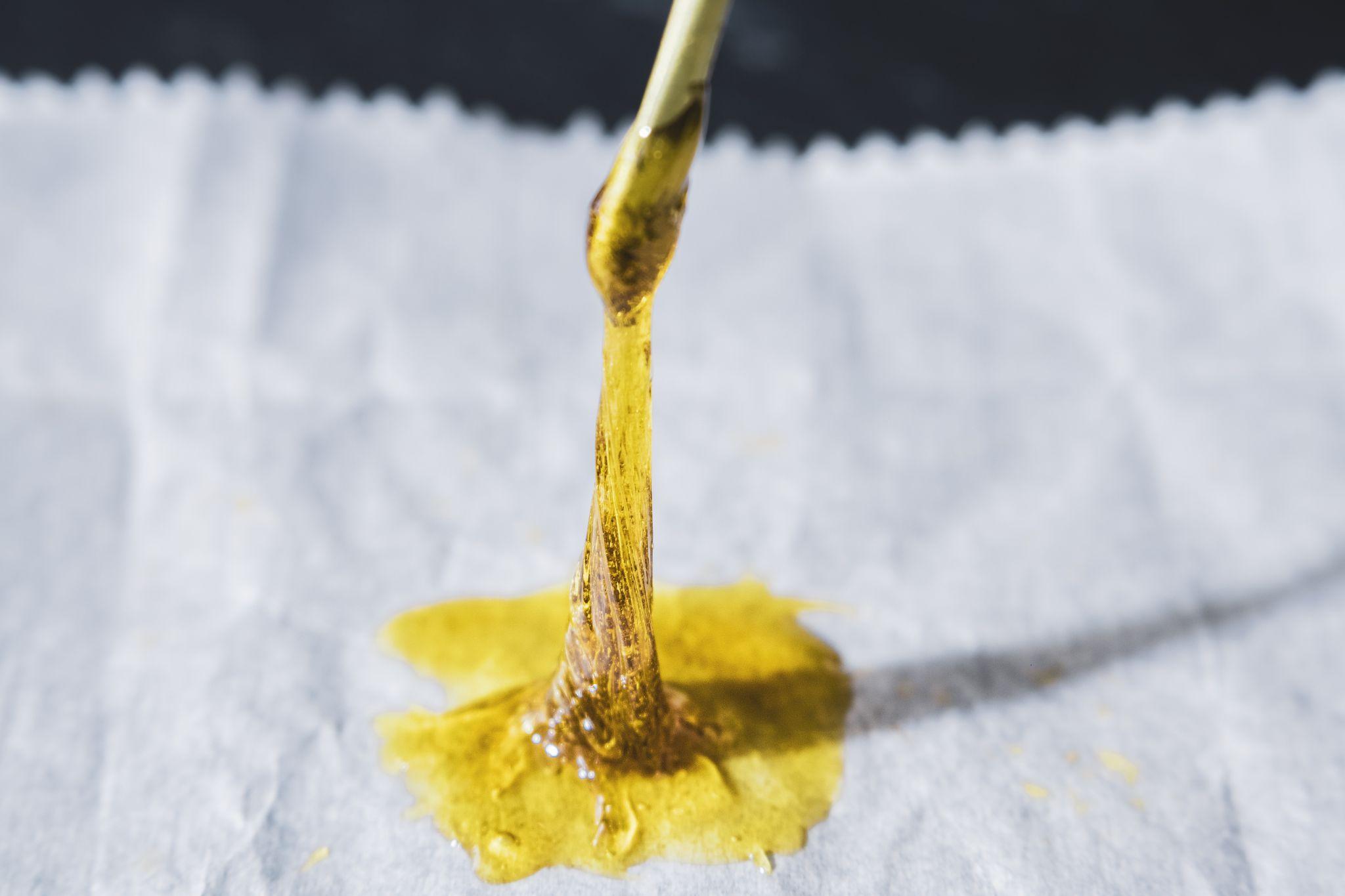 Although dabs are produced from marijuana plant matter, dabs and weed are quite different. In addition to the fact that they look nothing alike—weed looks like plant material, dabs look like processed resins and oils—the concentrated result of extraction gives dabs a significantly higher THC content than that of weed.

As marijuana concentrates, dabs do have similar effects and risks to those of weed. For young users especially, marijuana and its derivatives can have lasting negative effects on their still-developing brains.2 However, due to the extremely high potency of the dab drug and the possibility of chemical contamination, smoking dabs may carry additional risks. 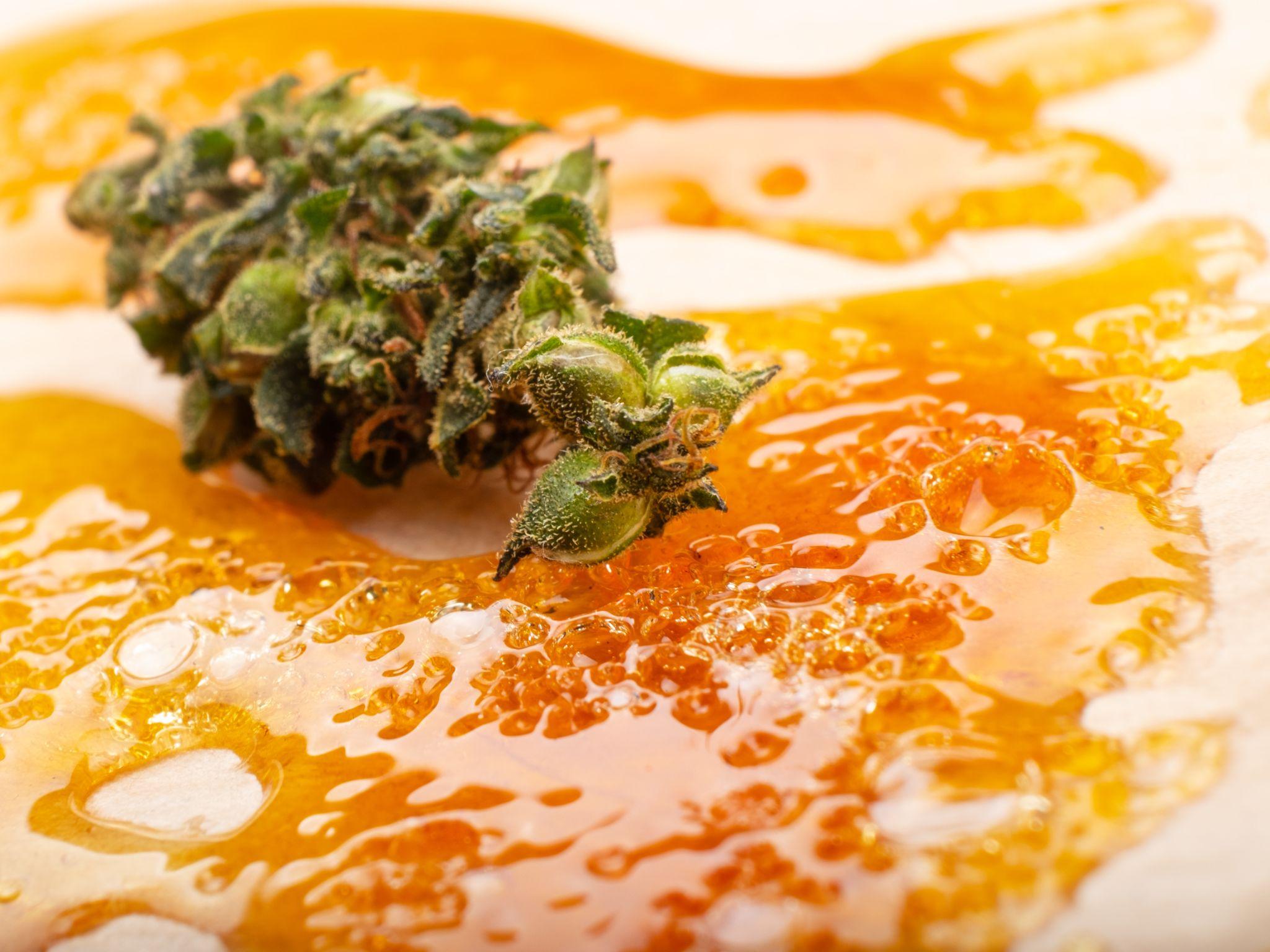 Different processes can produce different types of marijuana dabs. Five of the most common forms are shatter, budder, oil, live resin, and wax. All these dabs have THC levels far greater than the plant material from which they are made.

What it is: The oily base extract of marijuana—often referred to as Butane Hash Oil (BHO) or Honey Oil—is usually yellow/amber in color. Stored in vials or syringes without needles, it sometimes develops crystals for a chunky appearance.

How it’s usually made: Solvent extraction is performed by adding liquid butane gas as a solvent to dried or cured marijuana plant matter. Heat and vacuum pressure are then carefully applied to remove the remaining butane without changing the liquid consistency of the extract. 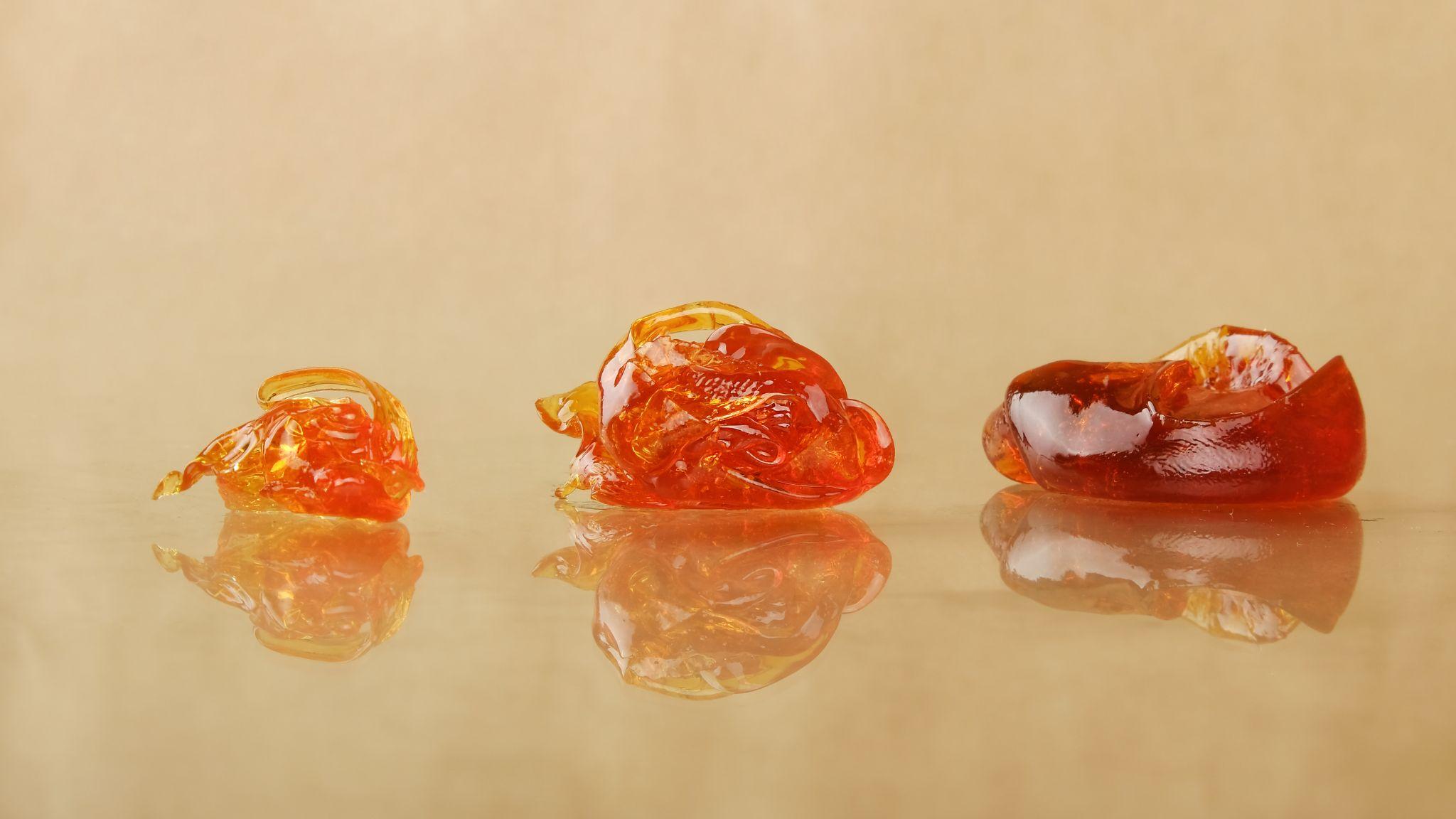 What it is: A glassy, solid concentrate with an amber or honey color, as the name implies, it looks like amber glass, is brittle, and shatters easily.

How it’s usually made: Solvent extraction is performed on dried or cured marijuana, and the resulting oil is heated at temperatures around 90 to 100° F in a vacuum oven to purge excess butane.³ The temperature at which this purging occurs produces its glassy, solid appearance.

What it is: A smooth, usually golden-colored substance with the consistency of very soft butter, it may be distributed in small jars or wax paper.

How it’s usually made: Solvent extraction is performed on dried or cured marijuana, and the resulting oil is whipped during heating to create the signature texture.

What it is: A yellowish, semi-solid substance with the consistency of wax, some users consider this “real dabs” as the wax is “dabbed” onto the user’s equipment. Wax is usually stored in a shallow jar or a small container with a wide lid.

How it’s usually made: Solvent extraction is performed on dried or cured marijuana, and the resulting oil is purged of butane using a vacuum pump and little to no heat. Heat is kept low, and the product may be whipped to produce a thicker consistency without it turning into shatter or budder.

What it is: This is a viscous, honey-colored substance that is considered to be more aromatic than other types of dabs.

How it’s usually made: Extraction is performed on fresh and frozen marijuana plant matter using either butane or carbon dioxide as a solvent. When made using carbon dioxide as the solvent, it is often called CO2 oil. The resulting extract is similar to BHO, but it is more sap-like and can be especially concentrated.

What Is a Dabbing Rig? 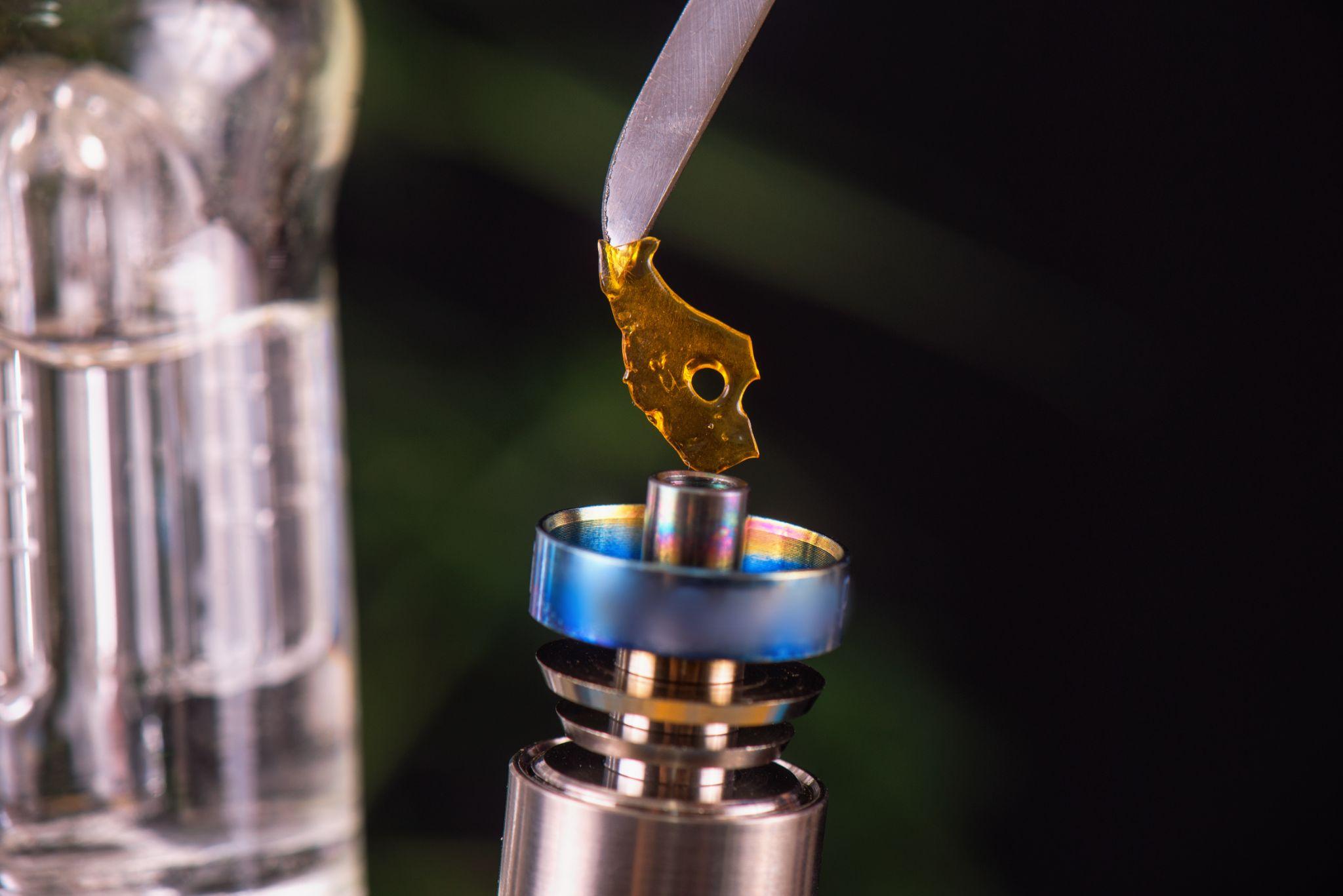 Unlike traditional means of smoking buds, marijuana dabs involve inhaling the vaporized product by heating the dab substance. This is generally done using a dab rig or vaporizer. These two pieces of equipment look very different.

A rig is a specialized water pipe in which dabs are heated, producing a vapor that can be inhaled through a mouthpiece. An oil rig is a simple pipe that involves heating a nail—usually made from glass, titanium, or quartz—with a blowtorch, and then pressing it into the dab substance. More advanced rigs may use a battery-powered heating element for controlling the nail temperature.

Hand-held vape pens or “dab pens” are battery-powered products that contain an atomizing chamber in which the vapor is produced. Some vaporizers are limited to commercial vape oils, but others allow users to dab with any substance. 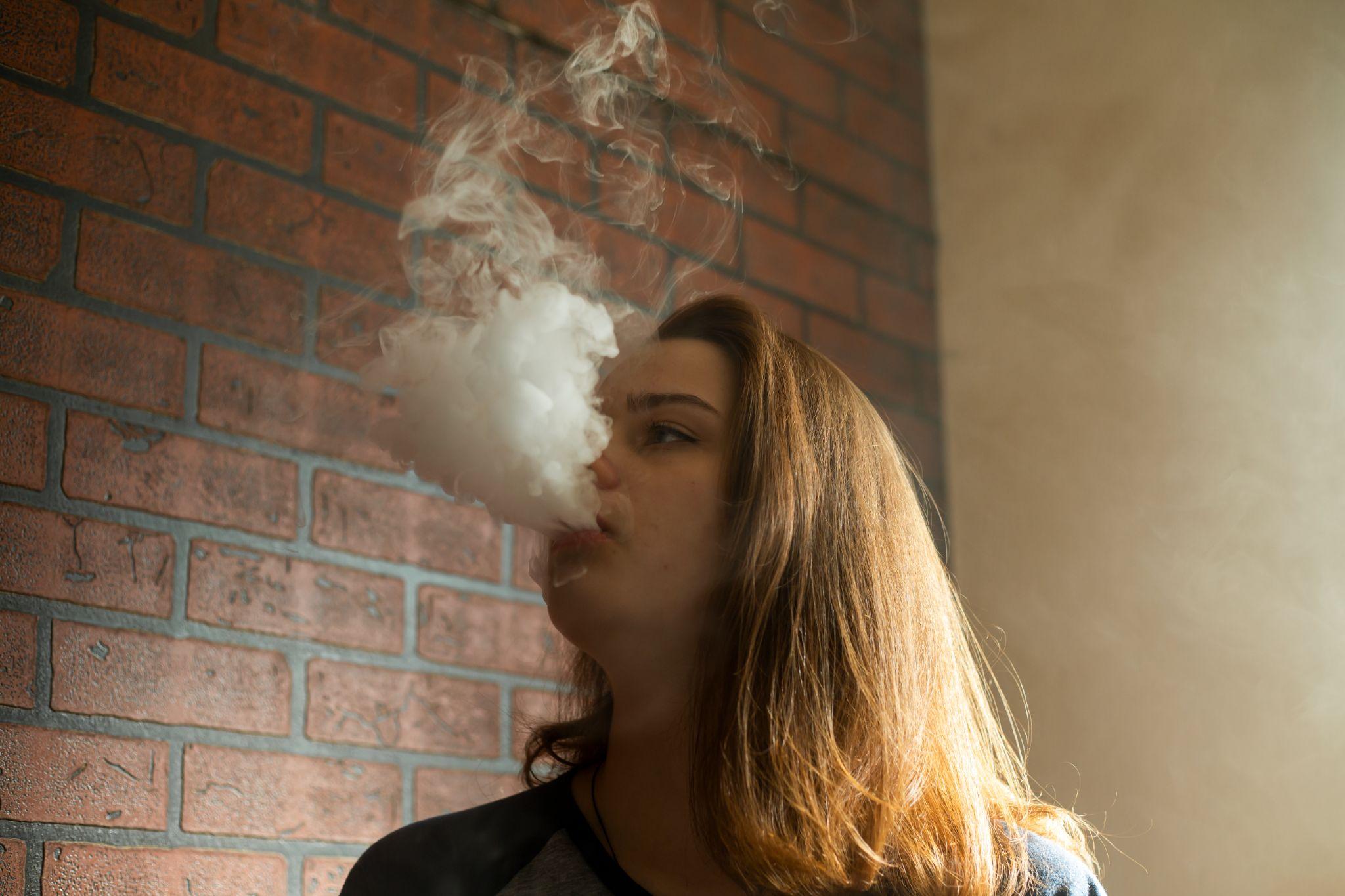 Many people do not consider marijuana a dangerous drug and may have used it in years past, making this assessment based on the milder effects of smoking marijuana. However, due to the highly concentrated THC levels and dangerous chemicals used in their production, dabs may carry increased health risks for individuals who use them.

The Side Effects of Dabbing

Because using dabs involves inhaling concentrated vapors with a rapid and intense effect, rather than the more gradual intoxication produced by smoking a joint, physical side effects like these may occur:2

If the butane is not purged sufficiently from the dab material during production, users are at risk of inhaling significant amounts of butane gas while dabbing, exposing them to additional health risks like irregular heartbeat, confusion, headaches, nausea, muscle weakness, and abdominal pain.3

Any chemical used during processing could contaminate the final product and be directly inhaled. Research published in the Journal of Toxicological Science found that as many as 80% of cannabis concentrate samples showed contamination from remaining solvents or pesticides used in production.4 Studies have also shown that using high-temperature vaporization of naturally occurring substances called terpenes can also create toxic byproducts.2

Tolerance builds quickly with these concentrated substances, leading users to higher and more dangerous doses at a much faster rate than other types of cannabis use. The fast, powerful high of dabs can also lead highly intoxicated individuals to make life-threatening decisions or behave recklessly, especially if the drug has significantly affected their mental health.

The Dangers of Making Dabs 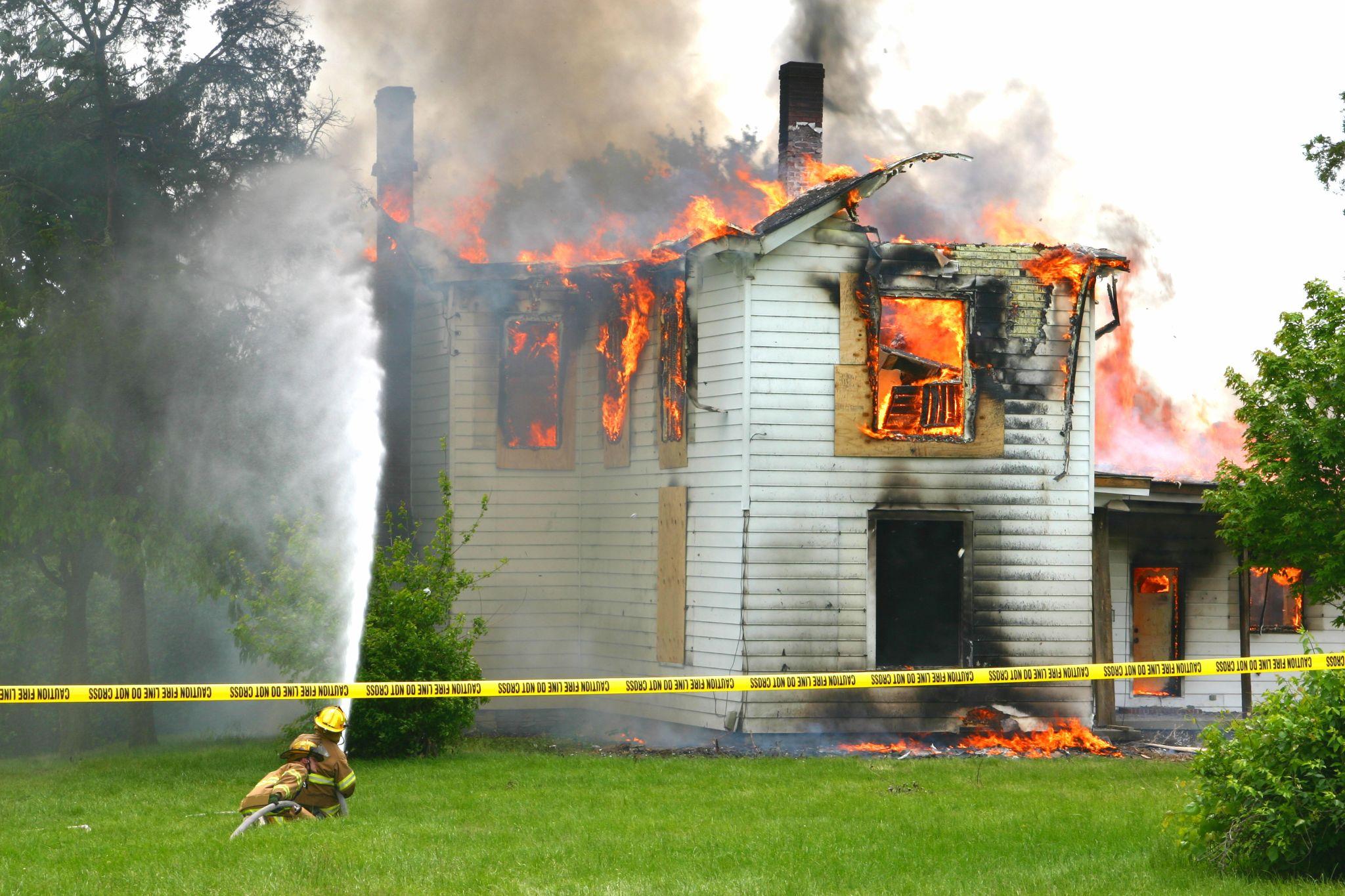 One of the greatest risks of dabbing lies in trying to make dabs at home. Many young people, especially, fail to realize how dangerous and highly flammable the process and materials are. If improperly handled, transported, or stored, liquid butane poses risks like an explosion, fire, severe burns, and asphyxiation. Errors in the chemistry of the process can also lead to unexpected reactions and injuries.

There have been numerous reported cases of people being seriously hurt during dab processing, including the following:

Any psychoactive substance can be habit-forming, and concentrated forms of the active ingredients of marijuana in dabs create the type of sudden and intense brain and body reaction that makes a drug addictive. The DSM5 recognizes cannabis as a drug that can be the cause of a substance use disorder and related withdrawal symptoms, along with caffeine, tobacco, alcohol, hypnotics, hallucinogens, and sedatives.7 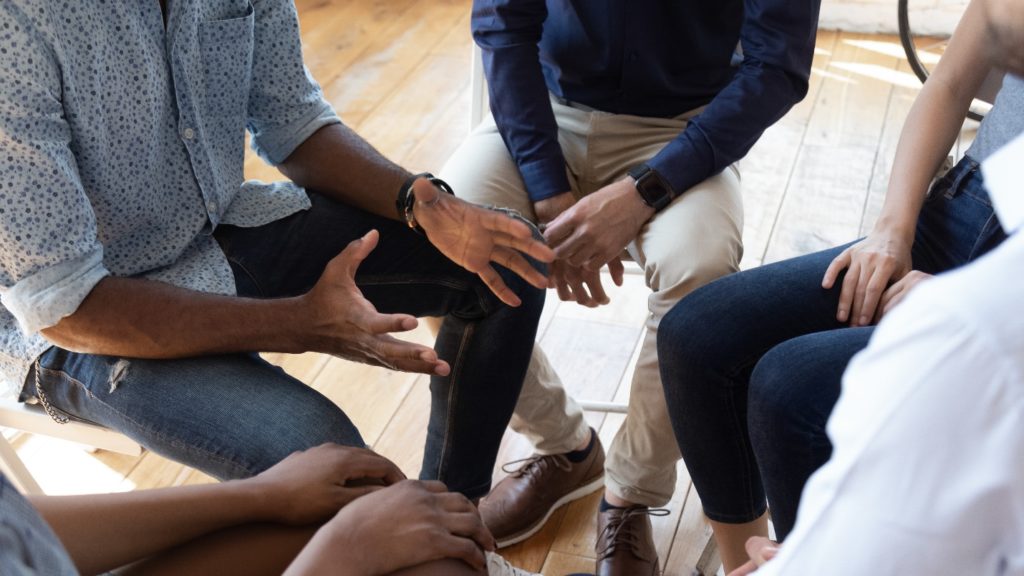 Many people find that they need professional help to stop using dabs, and there are treatment programs available. At Yellowstone Recovery, we welcome all individuals who are struggling with substance use disorders. Our evidence-based therapies, residential and outpatient programs, and compassionate staff members can help you or a loved one stop using dabs or any substance that has triggered the disease of addiction.

Yellowstone Recovery in Orange County California may be the best way to stop using these addictive substances. As a 501(c)(3) non-profit center for addiction treatment for over 20 years, we have helped thousands of individuals break free from substance use and chart a new course in life. Call or contact us today for answers to your questions about the process and how you or a loved one can recover in a place of healing support.