The Most Popular Drugs at Concerts/Music Festivals

Concerts and other events often bring about more drug use and, as result, more admissions to Orange County rehab centers. In fact, some people never even try a drug until they attend a major event, where they seem to be freely dispersed. Whether you are a parent, an addict, or someone who just wants to avoid being around drugs, the information here may help you decide which events might be better to skip. 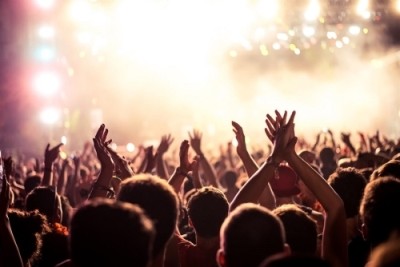 In some cases, it was pretty easy to determine which events brought out which drugs. For instance, Coachella brings out a particular type of crowd, some of whom are referred to as trust fund babies. Cocaine is the drug of choice here, which is no surprise considering it is known as the rich man’s drug, because of its price versus the short lifespan of the “buzz.” The dangers include seizures, future palsy, and death.

Outdoor events that involve food, like a chili cook-off, are more likely to involve alcohol. Burning Man experiences the most variety, with mushrooms, mescaline, LSD, and crack cocaine all commonly found there. The Marley Fest is likely to overflow with marijuana, while Ecstasy is more likely to be found at events like the Electric Daisy Carnival.

Almost 50,000 people a year die from drug-related deaths. Many of these deaths are the result of an overdose. However, in some cases, it’s a matter of the drug being “cut” with an unknown material. Death and illness isn’t the only threat. There is also the possibility of jail time.

Some people wonder why the security guards aren’t catching the drugs before they get inside the event, even when there are dogs in use. Many of these drugs are easy to conceal, and others rely on innovative means. For instance, “black cocaine” is cocaine mixed with charcoal. The charcoal hides the scent so the dogs can’t track it even when it’s right in front of them. People also resort to hiding the drugs in creative but dangerous ways, such as inserting them into an orifice.

If you suspect that a friend of loved one is using drugs or planning to take them to one of these events, you might contact a professional at one of the Orange County treatment centers like Yellowstone Recovery to learn more about the details and what to look for.