The Effect of Drinking While Pregnant

As of late, Orange County rehab centers have seen plenty of the effects of alcohol on expectant mothers, but it is their children who really suffer, and do so without a choice. Though there are several factors to be considered when it comes to expectant mothers consuming alcohol, one of the most disconcerting ones is Fetal Alcohol Spectrum Disorder (FASD), a disorder that involves a variety of developmental delays, disorders, and even life threatening physical ailments, and that is just one of the issues at hand.

But the Doctor Says … 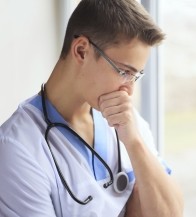 For years, patients have been stating that their doctors told them to drink a glass of wine a day or something similar. Allegedly, it helps to flush the kidneys and calm the nerves. At the same time, no doctor goes home with a mother to see what the rest of her day is like. Can she stop at one drink? Are there issues about which she isn’t telling him or her that may make it more likely for her child to develop FASD or other issues?

The idea of having a glass of wine at night is something that was done during a time when things like the health of the placenta weren’t even considered. Though the exact number of drinks it takes to develop FASD isn’t known, no number is 100% safe, and estimates are as follows:

It isn’t just about FASD, either. Women who consume alcohol while pregnant are more likely to engage in risky behavior, even if it isn’t intentional. For example, a pregnant woman is already somewhat off balance, but when you add alcohol and a set of stairs, she becomes a danger to herself as well as her unborn child. She is also less likely to consume a healthy diet because the alcohol in her system changes her appetite. These are just some of the more mild behavior risks.

It’s All About the Baby

No matter what decisions a woman makes about her own body, once there is a baby inside it, the rules change. If a woman didn’t want to seek help from an affordable drug rehab before being pregnant, the pregnancy may change her mind. This is especially true when she learns that her drinking can do significant things like create facial defects that are a sign of serious brain damage, destroy fine motor skills, and even prevent learning in her baby.

The bottom line is that alcohol is a poison. The human body can filter out a lot, but the placenta cannot filter out the alcohol that a pregnant woman chooses to put into her own body. The damage she causes by doing so can range from slightly noticeable to life threatening, for both her and her baby.