Cocaine Addiction: Everything You Need to Know | Yellowstone Recovery

Despite declining use, cocaine remains one of the most dangerous and addictive substances distributed throughout the world. Users prize it for its stimulant-like qualities, which send mood and energy levels soaring. As soon as the initial euphoria wears off, however, a different picture emerges. A crash inevitably follows the high. Depression can take hold. Addiction becomes a real possibility. Physical ailments add to the sense of defeat.

Fortunately, advances in cocaine addiction treatment have made freedom possible. With the right combination of cocaine detox, behavioral therapy, and ongoing support, anyone can overcome the disease of addiction and go on to lead a happy, healthy life. The key is to reach out and find a rehab program that will guide you or your loved one to a successful recovery.

Cocaine Addiction Treatment Can Save Lives and Offer Hope 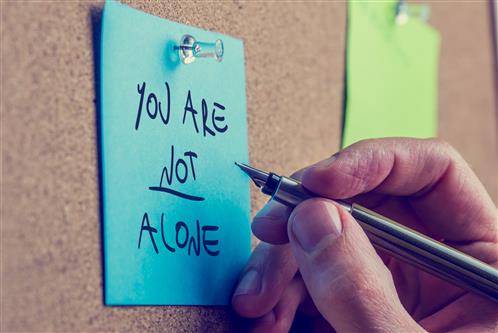 Cocaine can damage the heart, the brain, and the blood vessels. It can also wreak havoc on a person’s mental and emotional state. Fortunately, there are a number of effective treatment options, from inpatient cocaine detox to outpatient cocaine rehab, that can help individuals conquer an addiction to cocaine.

At Yellowstone Recovery, we offer a combination of detox and behavioral therapy. Our cocaine rehab facilities provide a safe, comfortable environment where people can beat back their disease and press the “restart” button. No matter how long or how much you’ve used, we can help you on the road to recovery. There is hope. There is a way out.

From the Coco Plant to Crack Cocaine: The History of a Dangerous Drug

Cocaine is a highly addictive drug extracted from leaves of the coca plant, which grows naturally in Central and South America. Scientists first created pure cocaine in the mid-1800s and, for a while, it enjoyed widespread social acceptance.

Initially used in tonics, medications, and even soft drinks, the government outlawed it in the early 20th century after the authorities became concerned about the growing trend of recreational use and the negative effects it produced. Those effects included health complications, mental disturbances, and social repercussions. Nowadays, people are more aware of the dangers, but that hasn’t eliminated the problem.

Today, drug dealers sell cocaine in a variety of forms. Most people are familiar with the fine, white powder that users snort up their noses or rub on their gums. The powder can also be dissolved in water and injected it into a person’s veins. Such high-quality powder cocaine peaked in popularity during the 1970s and 80s when it became a central feature of the “fast life.” For decades, the world’s wealthy and famous considered cocaine to be something of a status symbol, the perfect accompaniment to their “anything is possible” life.

The arrival of crack, the most pernicious form of cocaine, shattered the belief that this was exclusively a rich person’s drug. Made by mixing powder cocaine with water and baking soda, this crystalized version of cocaine was cheaper to make and cheaper to buy. It also created a more instant effect, which increased its addictive potential. 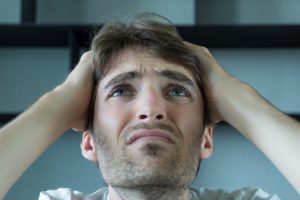 People who use cocaine become more alert, more energized, and more excited. Their self-confidence shoots through the roof.

They may feel as if they’re on top of the world. That’s because, at a physiological level, cocaine increases the levels of dopamine in a user’s brain. Dopamine regulates feelings of pleasure, and so a burst of dopamine means a burst of exhilaration and satisfaction.

Those positive feelings can be powerful, but they’re also short-lived. When they disappear, depression, boredom, and anxiety can take their place. Cocaine highs also have their dark side. Instead of joy, many users experience:

Unfortunately, the short-term euphoria leads to repeated use. Some return to the drug repeatedly as a form of self-medication. Others simply enjoy the high. In either case, recreational use can quickly lead to dependency and even full-blown addiction. As a user’s body develops a tolerance to the drug, the effectiveness of each dose decreases. The person must consume more of it in order to experience the same effects. What began as an experiment becomes a never-ending and life-altering search for that familiar feeling.

Over the years, people have given cocaine many street names—blow, coke, crack, rock, snow, flake, nose candy, lady, snowbird. No matter what label it goes under, the long-term effects are the same. Tolerance can develop quickly and lead to full-blown addiction. In addition to the social and economic costs, cocaine addiction exacts a heavy toll on users and their families and friends.

Cocaine affects the body in many ways. Depending on the frequency and method of use, side effects can range from headaches to stroke, from nosebleeds to heart attacks. Some side effects of frequent cocaine use include:

To add to the danger, suppliers often lower their costs by cutting pure cocaine with other substances or drugs—anything from methamphetamines and caffeine to boric acid and laundry detergent. When you throw in the risk of inhaling, smoking, or ingesting potentially toxic substances, it’s no wonder cocaine is considered a major public health threat.

Given the potential for serious illness and even death, it’s crucial that cocaine users find the path that leads away from addiction and toward recovery. There’s no reason to stay chained to the ups and downs of cocaine highs. With modern treatment options, it’s possible to beat back the disease of addiction and reassert your independence.

How Do You Know if Someone Has Recently Snorted Cocaine?

When someone uses cocaine, their pupils dilate. Snorting cocaine leads to other noticeable physiological reactions, such as a constant need to sniff, a perpetually runny nose, or repeated nosebleeds. Those who inject cocaine will have track marks on their body, and those who smoke crack may have burns on their fingers or lips.

In addition to physiological signs, onlookers may notice behavioral changes. People who use cocaine frequently experience:

No matter how the drug is administered, the severity of symptoms often increases with more frequent use and higher doses.

What Are the Symptoms of Cocaine Use?

Physical complications of cocaine use and long-term effects for those using cocaine over an extended period of time, include: