The Scary Reality of Doing Cocaine While Pregnant | Yellowstone Recovery

Pregnancy is a time during which protecting the health of the mother and the baby inside her is of the utmost importance. Every mother wants the very best for her child, but, unfortunately, some mothers find themselves trapped by addiction. If a woman continues using cocaine during her pregnancy, there may be serious risks of harm or permanent damage to both the mother and her unborn child.

Cocaine is a white powdered substance that has become one of the world’s most well-known street drugs. The drug is produced by processing the leaves of the coca plant through a series of chemical reactions until a white precipitate (solid) is produced. Cocaine can also be further processed into a crystalline, rock-like form known commonly as “crack” or “crack cocaine.”

As a stimulant drug, cocaine increases central nervous system activity and creates symptoms like rapid heartbeat, extreme energy, dilated pupils, restlessness, excitability, and nervousness. Over time, snorting or injecting cocaine (or smoking it as crack) can lead to serious cardiovascular issues, permanent tissue damage, and a very real risk of a fatal overdose.

The Dangers of Doing Cocaine While Pregnant 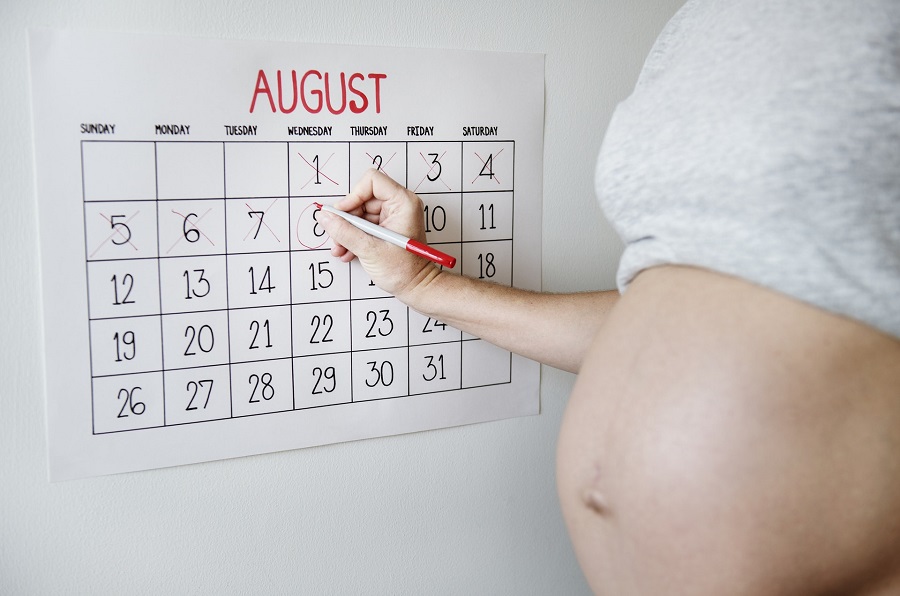 An unborn child receives all nutrition and other developmental resources from his or her mother via the umbilical cord and the surrounding womb environment. Until the pregnancy reaches the point where the baby could possibly survive outside the womb (what science calls the point of “viability”), the mother’s body essentially functions as a life support system.

When this life support malfunctions due to drug use or it is directly contaminated by cocaine, both mom and baby are vulnerable to harm. Even after viability is reached and the baby nears delivery, the umbilical cord keeps him or her connected to—and dependent upon—mom.

As the primary user of the drug, a pregnant woman using cocaine will experience the most noticeable effects. In addition to the usual high and symptoms of coke, the mother’s body will be the first to take damage. Just like any other non-pregnant user, mom, at the very least, will be at risk of things like heart damage, liver damage, brain damage, and death by overdose.

When a woman is pregnant, it adds new dangers. The effects of cocaine when pregnant can drastically impact the body’s normal pregnancy functions, leaving a woman feeling sicker and even more uncomfortable than usual—think morning sickness plus withdrawals!

Even more concerning is the risk to the body’s ability to support the pregnancy at all. As the mother continues to introduce powerful toxins into her system (multiple toxins, if the cocaine has been cut with one or more unknown substances), the chance that the pregnancy will fail and she will suffer a miscarriage jumps dramatically. The mother might also suffer symptoms like seizures, migraines, and high blood pressure.

The physical effects of using cocaine while pregnant aren’t the only risks, however. For many pregnant women, the emotional distress and guilt of knowing they’ve exposed their own vulnerable unborn child to cocaine is the most powerful effect of all. Even with a strong motherly instinct to quit cocaine and protect the baby, this growing guilt can make fighting the addiction even harder—especially as the self-blame and desire to escape from reality increase.

A common concern for pregnant mothers and their loved ones is whether the baby will be damaged in a way that affects the child permanently. Fortunately, the “crack baby” scare of the 1980s was over-dramatized. In reality, while cocaine exposure in the womb can create significant deficits and issues, the effects are far more subtle than previously feared.

Nevertheless, exposure to cocaine in the womb can have measurable effects on a child’s future development and normal functioning. Relevant research has suggested a number of potential negative outcomes, including difficulty processing information, self-regulating behavior, and performing normally on tasks involving language and memory.

The long-term effects of cocaine use during pregnancy on children’s development and overall success are not yet fully understood, but studies suggest a significant deficit in planning, attention, and language processing when compared to peers who were not exposed to cocaine in the fetal stage.

Effects on Labor and Delivery

Using cocaine during throughout pregnancy can also lead to pre-term labor and early detachment of the placental lining from the uterus. Compared to non-exposed babies, those born to cocaine-addicted mothers commonly have premature births, short body lengths, low birth weights, and reduced head circumferences. In some cases, babies can even become dependent on the cocaine they’ve been receiving in the womb and can show signs of withdrawal after they are born.

I’m Pregnant and Addicted to Cocaine—What Do I Do Now?

Even when you’re aware of cocaine pregnancy risks, it’s still not easy to quit on your own. For many expecting mothers in this situation, the desire to quit and protect the baby’s health is constantly at odds with the agony of withdrawals. With a false belief that failing to quit means they’re selfish, unfit mothers, they become buried in guilt and self-loathing. These feelings only feed the addiction.

If you’re pregnant and battling a cocaine addiction, you don’t have to do this alone. In fact, attempting to quit without medical supervision could put you and your baby at risk of harm from withdrawal symptoms. Instead, trust the experts at a rehab facility like Yellowstone Recovery. We have strong experience in treating addiction during pregnancy and provide our clients with reliable access to good medical care.

The sooner you can get help, the better the outcome will be for you and your baby. That being said, it’s it doesn’t matter how far along you are in your pregnancy when your rehab journey begins; it’s never too late to make a difference. What matters is that you choose to stop waiting, take action, and get help now, not later.

It’s time to start building a better future for yourself and your child. If you’re ready to get started, call Yellowstone Recovery today at (888) 418-4188.